This week we have been looking at how there are many different versions of The Three Little Pigs story.  On Friday Mrs Taylor told her own version of the story - substituting the Big Bad Wolf for the Big Bad Dragon. The re-telling was halted half way through so that we could perform an investigation. The story involves the dragon breathing fire on the 3 pig's houses. The children were encouraged to make predictions about what they thought would happen to the materials if a dragon breathed fire on them. We then went outside to the fire bowl to test this. Each material was placed into the bowl and a flame placed near it. The children found out that the straw and the sticks would burn but the bricks would not.

When we returned to the classroom we finished the story with the pigs surviving in the brick house. 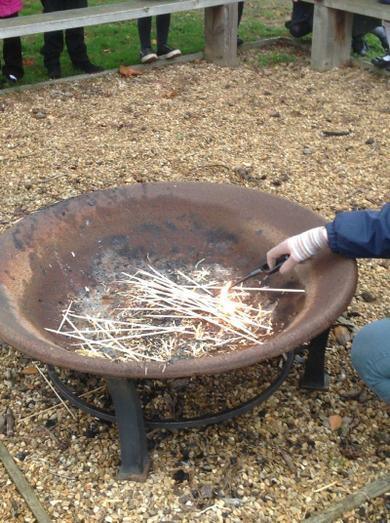 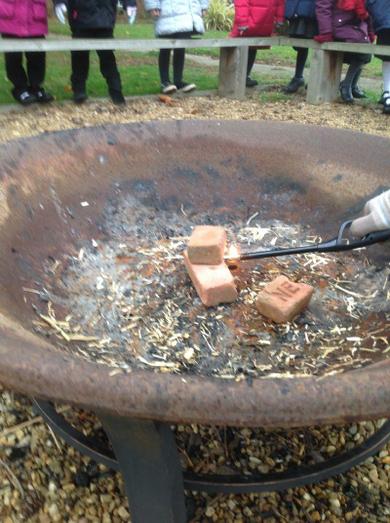 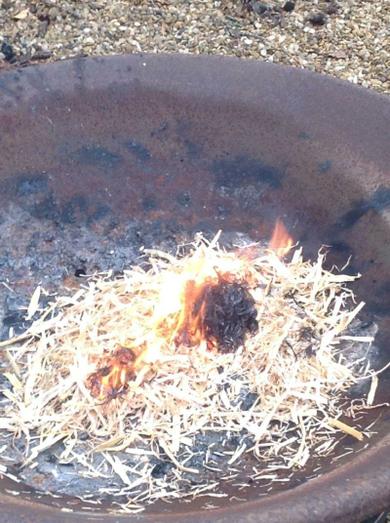