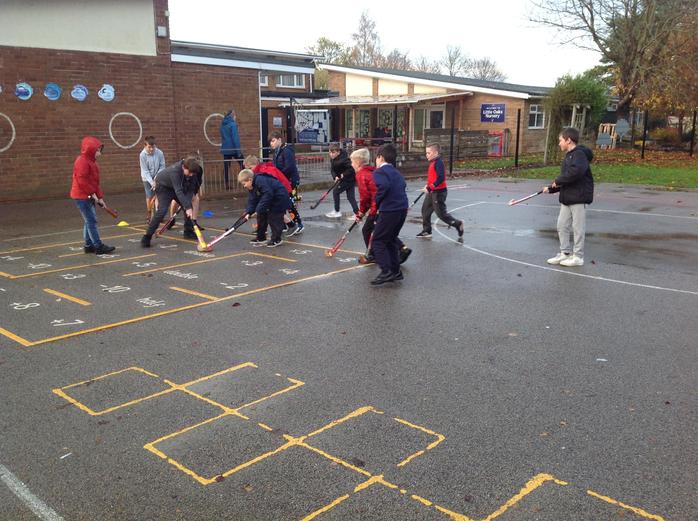 year 5 have been loving their weekly Hockey lessons this term and have shown great resilience by playing in some unpredictable and chilly weather! We have worked hard on our team work skills and developing passing the ball between players in order to score. 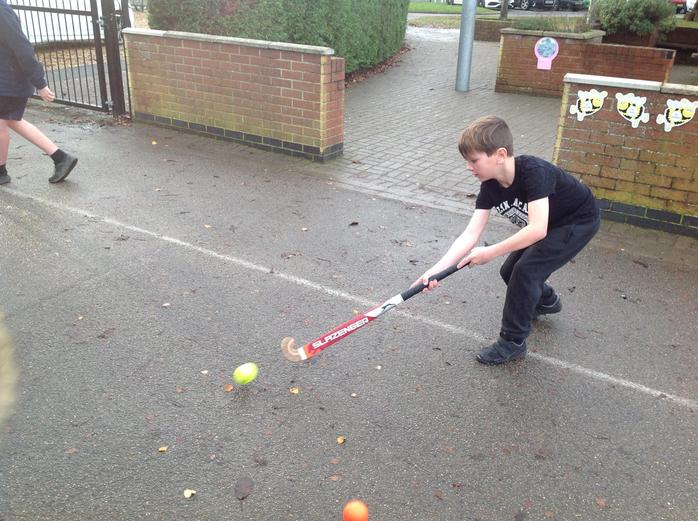 Our Year 5 team did an amazing job of selling our products at the Christmas Fair. We sold handmade Rolo Fudge and quirky friendship bracelets. Thank you to all of our customers! Beautiful charcoal artwork in the style of illustrator Charles Keeping

Mrs Maw and Mrs Wilson had the pleasure of teaching Year 5 for their first art lesson this term which linked to our overarching question for the week: 'Would you be a Highwayman?'

Using the beautifully illustrated Highwayman poem by Alfred Noyes, the children were inspired by the illustrations from Charles Keeping. They evaluated the medium and skills used to create the artwork, before experimenting and learning how to use charcoal effectively. Mrs Maw was so impressed that she even Tweeted about our super work! Don't forget to follow us @RL_GreatOaks and @GreatOaksFed 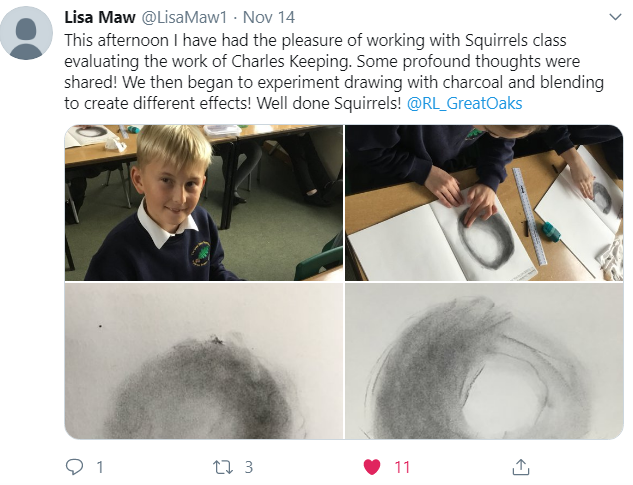 The wind was a torrent of darkness among the gusty trees... Year 5 have LOVED exploring the use of language and poetic effects in 'The Highwayman.' We have identified metaphors and their effect, as well as alliteration and repetition. Tlot tlot!

Would you be a Highwayman?

In our next topic lesson, we were given the opportunity to apply our understanding of our interpretations of historical sources to question whether we would have wanted to be a Highwayman. We used our most persuasive arguments and even tried to persuade a Squirrel member to become a highwayman, however he was not convinced! What great morals this young man demonstrated - he was not tempted by fame, money or weapons! 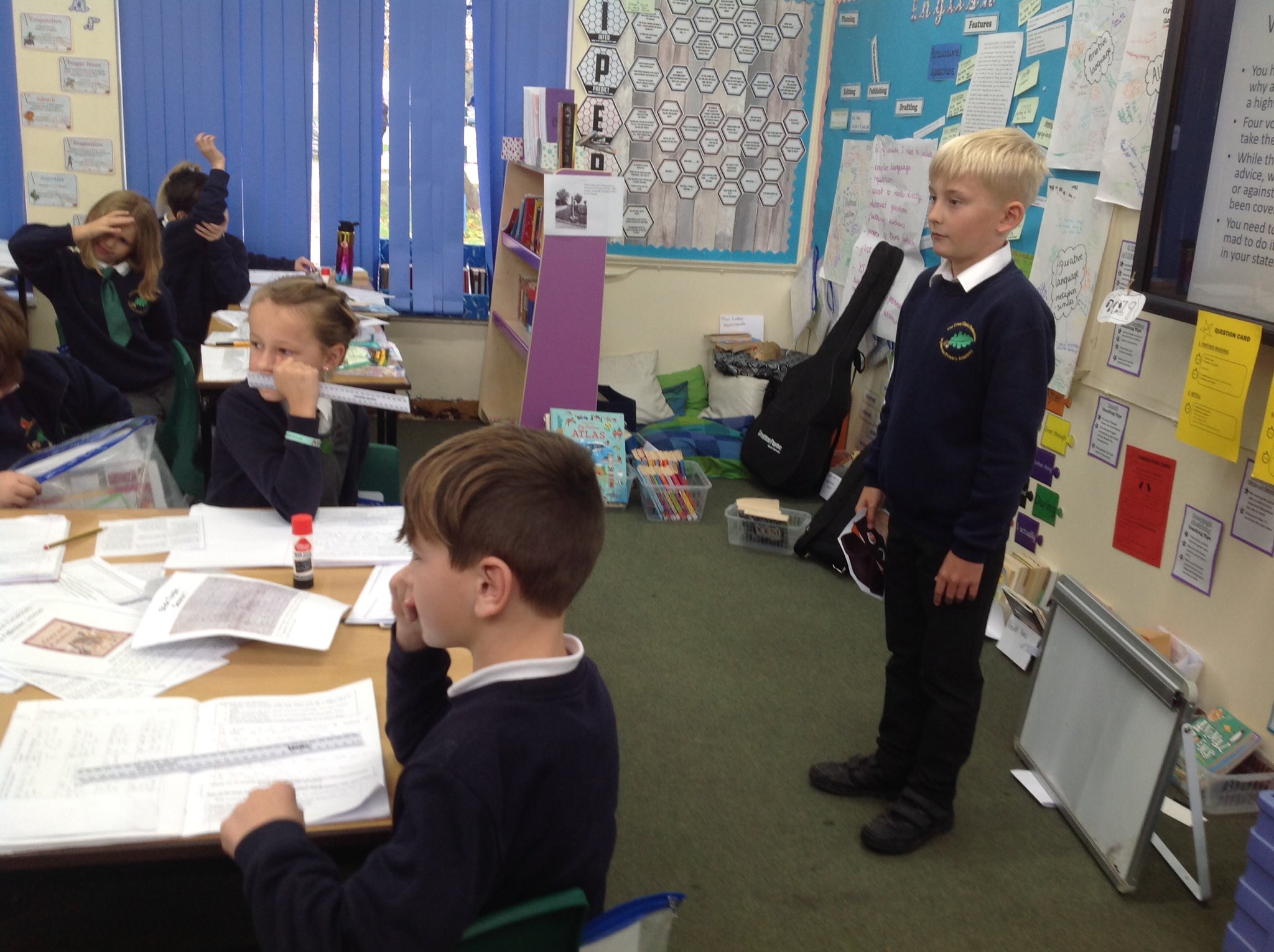 Year 5 produced some beautiful blackout poetry for Remembrance Day. Using 'In Flander's Fields' as their inspiration, we had a thought-provoking discussion about the language used, the use of poetic techniques and the true meaning behind the poem. Year 5 then circled the keywords that were most poignant to them and produced a poem from their choices.

Here is some of their work: 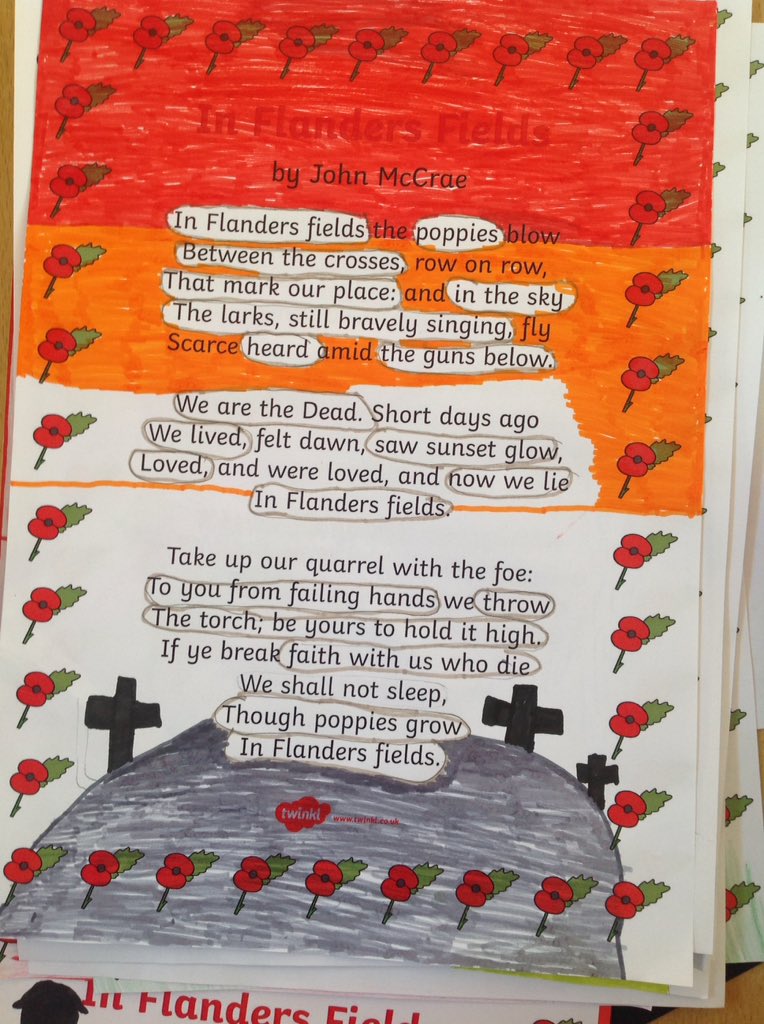 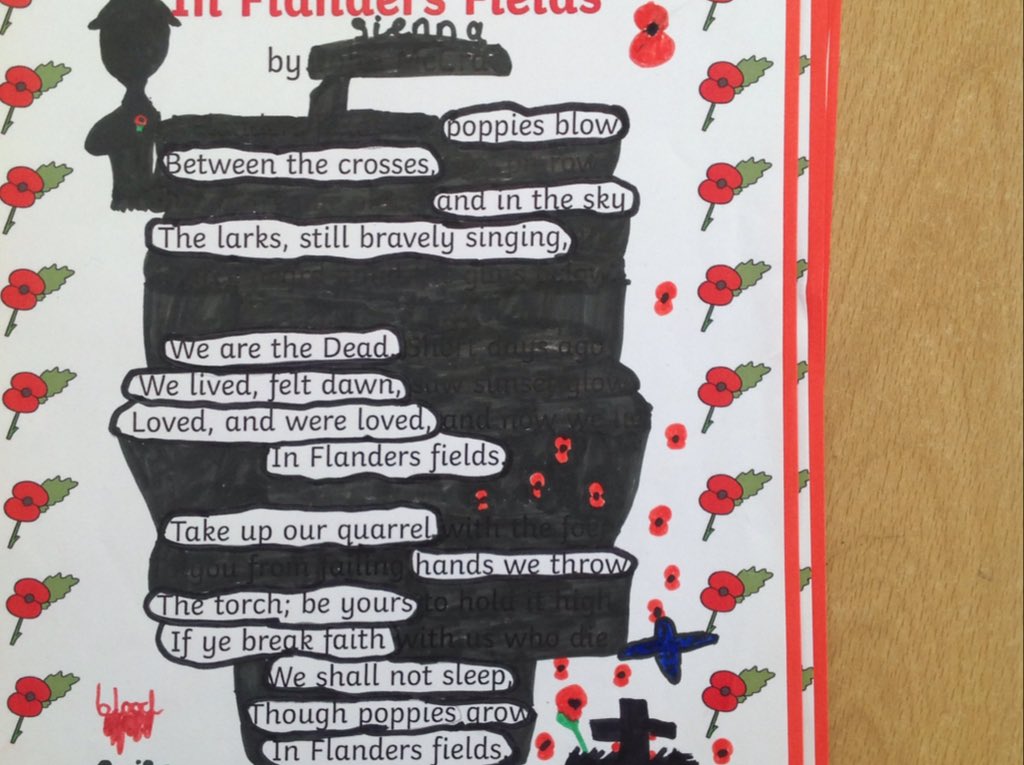 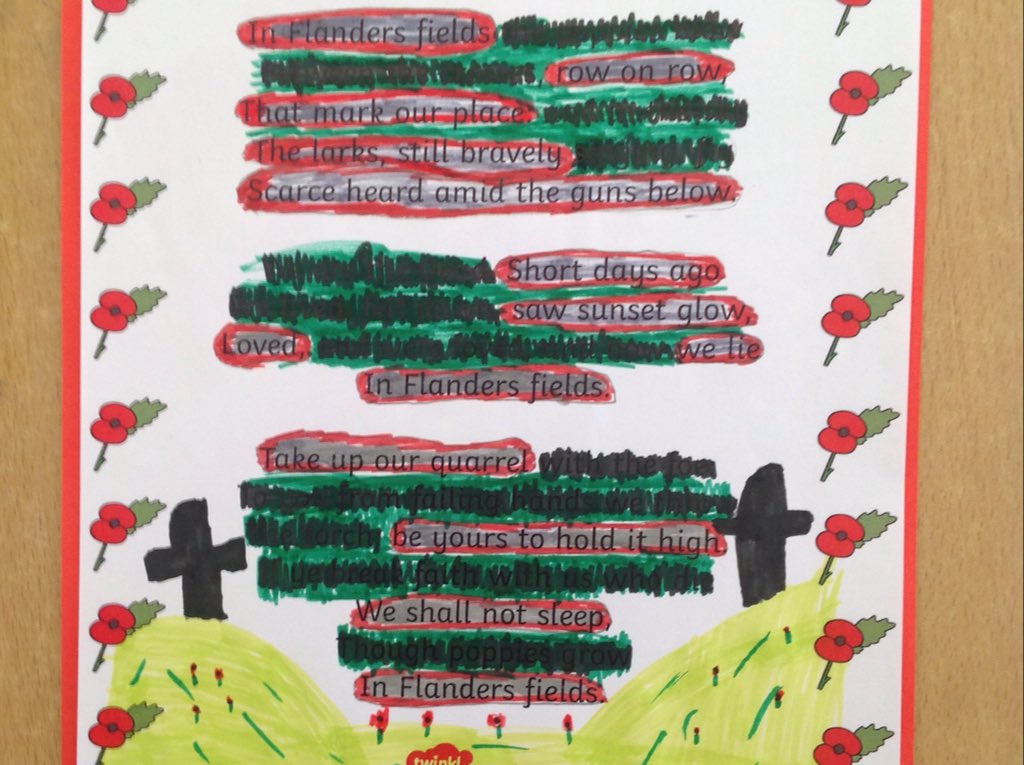 How did crime and punishment change during the Georgian period?

Would you be a Highwayman?

As excellent historians, we often question the reliability, relevance and richness of different primary sources of information. In today's lesson, we walked around the gallery and looked at the different historical sources. We used the clues that we could infer from these pictures to suggest four possible new crimes that became more prevalent at this time and three frequently used punishments. Keep up the great work Squirrels! 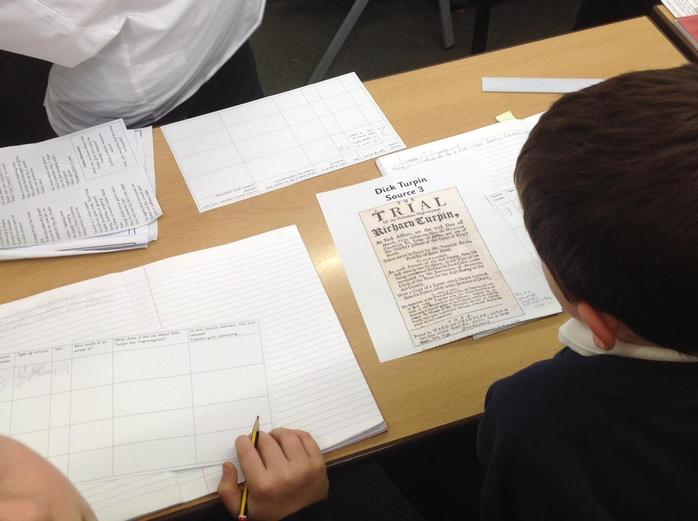 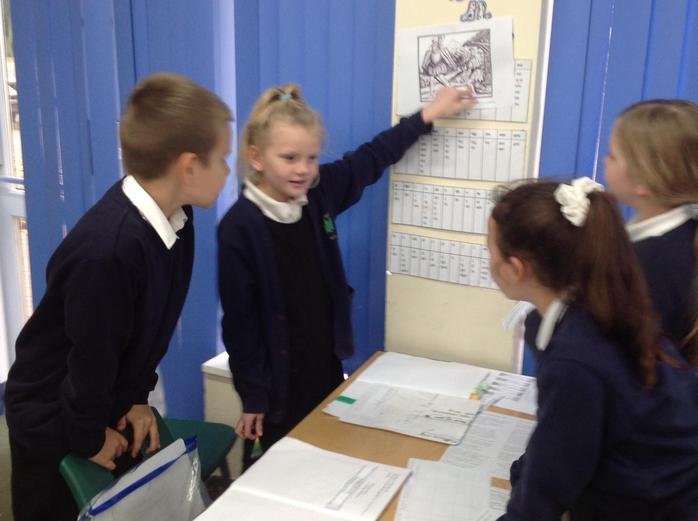 How were criminals punished 800 years ago and how do we know?

We have had an excellent start to our Crime and Punishment topic!

In today’s lesson we acted as the jury and listened whilst the Anglo-Saxons or the modern British people persuaded us that their punishment was the best solution to the crime. The jury worked together to come to a decision based on the severity of the case and how persuasive the group had been. Well done Squirrels for applying your understanding of the legal system in Anglo-Saxon Britain. 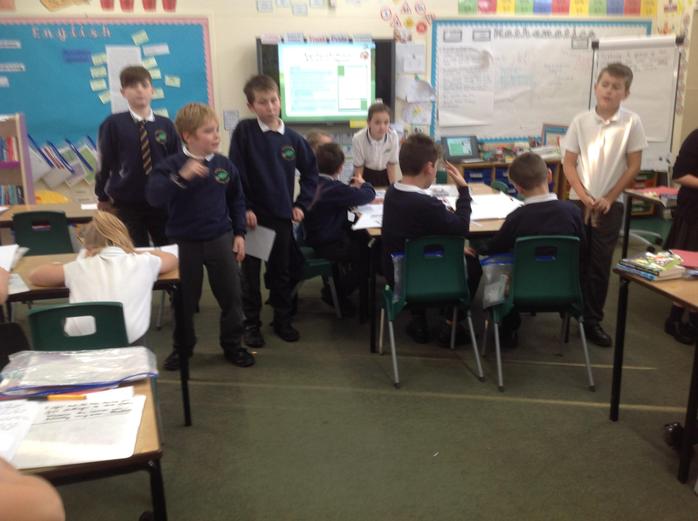 Why not think about these curious questions which we will explore this term:

If you would like to find out more about this topic, why not visit one of the following websites: